In early 2018, we decided to put Heroes Mingle to rest for the foreseeable future.

We’re both working on other projects in the meantime, and may one day resurrect our collaborative adventures.  For now, this site remains available to share and enjoy. 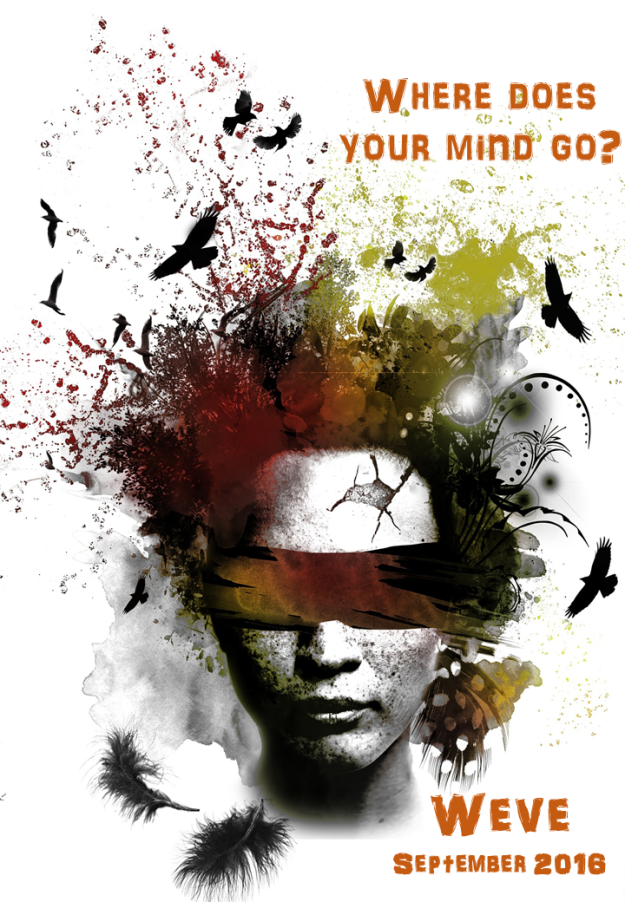 We are so many things right now.

A glorious mineral giant hurtling through space. A hot steaming mess waiting to go up in flames. An I-told-you-so waiting to be said. It depends on who you ask, where our heads are at.

Soon I’ll know my fate. I’ve applied for a promotion, telling them it’s time for me to grow upwards. Friends and colleagues I’ve confided in declare I’m leadership material and it’ll be an outrage if I don’t get it. A few months ago it would have seemed impossible, but now I’m ready to accept it could just be my destiny. I’ve put myself forward as someone who wants to contribute to the campaign. I declared my enthusiasm and open-mindedness as soon as I heard we were restructuring, being proactive with my future. Just as well: my current role is one marked for redundancy.

I’m to be dismantled, freed of grit and reinstalled elsewhere. I’m a whirl of mixed emotions. If I get the promotion, I’ll be overjoyed with my bravery and new challenge, but I fear I’m opening up a world of mistake making and anxiety. If I don’t get it I’ll be relieved, knowing I’ve confirmed my new default role is my true path to take on with vigour and focus, but the thought I’ve made a fool of myself for punching above my weight isn’t pleasant.

Whatever I end up doing, I’m looking forward to the change. But there is grief. Not long ago, I called it my dream job. I’ve worked hard to make it my own, a role I was born for. Thing is, I feel I’ve spent so much helping others work through their grief, perhaps more than my quarter. I’ve reassured and set contexts. I’ve talked people away from proverbial ledges. I’ve buffed the lacklustre. Surely this is a sign of a good leader?

Maybe it’s easier for me than some others in that I’ve only had four years working within the illusion of security. But every week, every single week it’s the same. Monday I go to my Monday location and have my Monday conversations with my Monday people. Tuesday I repeat the process, but in another location with a slightly different screenplay. A sounding board delivered fresh to your door.

It seems our glorious technicolour has faded out to sepia. But it doesn’t have to be like this. Each person has the power to do something about it. But we’re tired and repetitive. We’ve spent so long whinging and gossiping and complaining, we’ve lost sight of why we’re undergoing change. But that’s what spending two years in pre-restructure mode will do to you. The mechanism slides forward into place with a click, followed by another and another, so frequent we don’t hear it, the creaking of the passing of time. So we complain: that the mechanism is moving too slowly, that there are too many parts missing, that the whole thing is gummed up with bandaids. The finish line keeps skimming just out of reach like in a dream.

There’s no evidence that the sky is falling, save for a chronic sense of being unsettled, but that’s all we need to fuel our speculation and scepticism. Fear and uncertainty are prolific breeders and the need to define ourselves through drama is strong. We refer to the inevitable incoming recruits as Outsiders, as if work is now reality TV.

I’m sick of it. Not the unknowns – that’s realm of possibility – the negativity. It seems when I try to share examples of positivity about the restructure, I’m listening for the unmistakeable inference of being out of touch by virtue of my desk being based so close to management at HQ. The thing YOU don’t realise is – it doesn’t really matter what I don’t realise; it will be a projection of the given day’s fear and frustration. It eats me when it’s suggested, implicitly or explicitly, that I’m somehow lucky for some reason. As if the options open to me are not a product of how hard I’ve worked at my own professional development. I try to keep my trap shut, which is hard because sometimes I just want to grasp a pair of ears and bellow reality checks into a shocked face. I could tell them about my friend’s experience in federal public service – we were told on the Friday we were restructuring and on Monday I was immediately redundant – but I don’t want to incite panic.

So I try to keep my trap shut. But I have gossiped. Constant negativity will wear you down. What starts off as expressing concern can tip into venting frustration. Maybe it’s been noted that I’m snarkier and not as positive as I like to fancy I am.

It didn’t take them long to make the decision. The outcome doesn’t surprise me. I sealed my fate in a Kafkaesque scene, all huddled in a ridiculously cramped interview room, with an hour to wow them. I knew at the time they wanted me to level up but I missed all my opportunities to boost. I understand now what’s meant by the stakes seeming higher when applying internally. Trying to convince your elders you deserve to be taken more seriously, and failing. The trophies they must have seen – and I’d offered them a wonky piece of spray-painted polystyrene. The Manager was great in my debrief meeting, genuinely thankful that I’d put myself forward, talking about the importance of choosing to be a two-percenter and not a clock puncher in this profession. She assured me the organisation is truly fortunate to have someone with my experience and talent, and they want to be smart and help me develop further. I value this and take it to heart, but I still feel like an idiot. Shame churns hot in my guts. I search for a word to encapsulate my conflicted feelings. Humiliated.

I’m so tired. Tired of people’s vulnerabilities and my own stupid pride about being so good at coping with change. I continue to read professional development articles about making each day wonderful but it’s been a bad year on the personal front, and it’s hard going in to be wonderful when all I want to do is cloak myself in invisibility. I just want to sit and hold onto myself for a while; to let darkness enfold me as I fall back into the silence, falling backwards to emerge the right way up. Whatever I say or don’t say, whatever ends I tie up or leave loose, the glorious mineral giant is still hurtling through space, taking me forward on my trajectory.

Something loosens. I know I’ll catch myself doing it before long, but for now I’m not flailing or yapping. And it feels good. I start to tell the people who encouraged me during the application process about not being selected and their outrage on my behalf is affirming, even just as a reminder of the kind support network I’ve built up. They’re concerned with how I am, maybe because they think I’ve reassured them a little too quickly. It’s really nice to be asked if I’m sure I’m okay.

The world turns and with it another week.

Something’s shifted. At first I think it’s because I’m the central protagonist of my own drama but I think more and more of us seem to be feeling it. The lamentations are fewer and feebler. Anger and frustration flash and burn out quicker than before. Spring is more confident in itself and we’ve started to turn towards the sun. There are more frequent conversations about how we’re more okay that we realise. Shit – we’re in clover. We have all the oxygen we need, plus tea and coffee laid on, which is a better deal than a lot of workplaces, let alone the rest of the world. It’s warm in winter and cool in summer and we work with wonderful people. The first Outsider is appointed. And lo and behold, it’s a human person with a great reputation for community-mindedness and team-building. He’s meant to be REALLY good. And WE’RE getting him! We reminisce about other big changes we’ve survived that have shaped us, more assured of our resilience. Really, we’re restructuring all the time. Each day, little shifts, minor adjustments. An email is broadcast announcing a clarification, a change in process, an obscure detail tweaked somewhere in the mechanism. We’re constantly in the process of renewal, shifting form, seemingly freefalling but each time coming back up the right way. Moving towards new comforts, a new version of mundanity, a reshaping reality.

My notebook falls open one day to the pros and cons list I nutted out while deciding if I wanted to apply for that blessed promotion: If those other jerks can do it, so can I. As good a reason as any, albeit lacking in professional expression. I’ve tried my best.

Our lives are complex, made up of connections and choices. With the ever-increasing movement of people around the world, both documented and undocumented, what trails are we leaving our future generations to follow?

The future starts with me: genetic me, documented me, social me, connected me.

Genetics isn’t the defining feature of our lives, but the growth of genetic data has greatly impacted the field of genealogy. In today’s world, we can access our genetic markers more readily than ever before, with the rise of companies such as FamilyTreeDNA and 23andme. Despite the fraught history of genetics research, as the ethical and cultural implications demonstrated in The Immortal Life of Henrietta Lacks, the more of us that contribute to collective projects, such as the National Geographic Genographic Project, the larger the pool of collective data that contributes to projects looking to understand human migration patterns and genetic connections across the globe. Are we in fact all related anyway? AJ Jacobs is convinced that we are all cousins, just many times removed. He’s planning to throw the world’s largest Family Reunion, and we are all invited.

With the shift from paper to electronic records, increased levels of global migration and social mobility, as well as non-existent data lost through unanticipated events of war and destruction, it is likely that ancestral and societal connections that family historians previously gleaned from Census data, local newspapers and religious records will no longer be a way to trace our family connections. The number of refugees without identity papers, sometimes also without any documented evidence of their actual existence, continues to grow exponentially, so what does it mean for their descendants to trace their history? The photographic evidence collected by Save the Children during the Rwandan genocide powerfully shows the importance that photographs can have, especially in the absence of official documentation.

I doubt that it will be easy for any of my future descendants to track down all the addresses where I have lived, all the movies I have watched, and all the people I have loved. I don’t know that there is lot of evidence in an official capacity, but it may not really matter. Instead, the fascination of the future could be making sense of seemingly random connections between people, such as Twin Strangers, One City, One Book and Life in a Day, or unravelling how powerful connections between people were created in reaction against the rapid growth of everything to a global scale, creating connected, small, slow and intentional communities.

This rare and unusual specimen is the only creature known to contain 7 active ingredients that fuse together to form the backbone of library education. 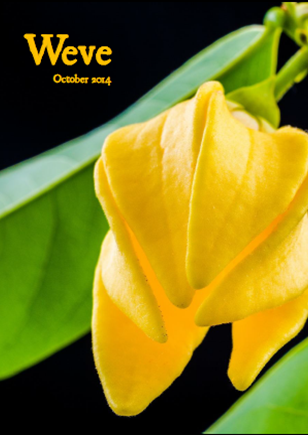